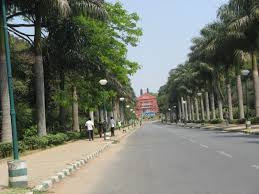 The year 1991, serene Bangalore beckoned her new coy bride with open arms. The seemingly endless canopies of Gulmohars, salubrious climate, green parks and blue lakes were sights to behold. Along with these nature therapies, the eateries in the form of ‘sagars’ selling bisibele baath, idlis, vada and mouth watering sambar and chutney was indeed a gastronomical delight.

A walk down the memory lane is a walk down the myriad lanes and avenues lined with huge trees laden with brilliant orange hued flowers that had the power to heal. These magnificent boulevards had an added charm of small hawkers selling strawberries, cashew fruits and other luscious fruits. Cubbon park and Lalbagh gardens were cool, romantic spots to hangout with my new life partner and we explored every nook and corner of namma charming city and one could reach any part in a jiffy with no traffic snarls and hold ups. The concerts at Chowdiah, the umpteen temples dotting the mains and crosses of Malleswaram, the quaint bungalows of Jayanagar, the posh Koramangala with trendy villas , the up and down topography of Rajaji nagar and the fascinating grand Majestic bus station with numerous bays playing host to the blue liners were brilliant and unique in its own way! Shopping on Brigade road or Commercial street was a dream come true for young girls and boys and gave abundant reason for my friends to go gaga over the purchases!

Two decades down the line, the IT story began with a bang, the green canopies gave way to towering glass houses of corporate world, the bewitching and alluring resplendent skyline with chirping birds and stately trees were replaced by malls and multiplexes, rivers and lakes have dried up and in its glorious place, we have metros, expressway and flyovers jostling for space to tide over the infrastructure collapse. Bangalore became Bengaluru, Bangalore Mahanagara Palige metamorphosed to Bruhat Bengaluru Mahanagara palige with 198 wards as on date, the congestion on the roads increased manifold leading to the arterial and peripheral roads and the suburbs became an integral part of the city, the population today is a whopping 1 crore. It is a city of dreams for the software job seekers who make this tech city their home, the teeming metropolis is bursting at its seams and it cannot take anymore, water has become an extremely scarce commodity with the shrinking ground water and our Cauvery will soon become like the mythical Saraswati!

1)city with traditions ,values and customs

4)Corruption at every place 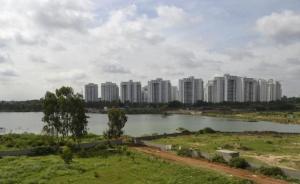 One thought on “The Bangalore Metamorphosis”